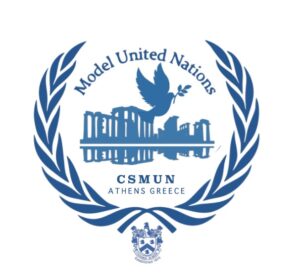 President : To be announced

Applicant: – To be announced

Respondent: – To be announced

Case is to be announced

The International Court of Justice (ICJ) is the chief judicial board of the United Nations. It aims to resolve international disputes in the optimum way. One of its duties also includes the provision of Advisory Opinions on legal matters and all procedures are carried out in the official language which is English.

The Registry works as the permanent administrative organ of the Court. Heading this post is the Registrar who is responsible for helping in the administration of justice with sovereign states as litigants and also has the role of an international secretariat.

For the purposes of the CS ICJ we will have four advocates, two for each party. The advocates act as independent lawyers supporting their client. We have the Applicant/moving Party, which is the party that brings the case before the Court and has the burden of proof and we also have the Respondent Party which is the accused.

The judges are independent lawyers just like the advocates but with the role of abiding by the International Law, whatever the outcome, and not their country’s policy. In ICJ there is no jury responsible for determining issues, questions of fact, so being a Judge at the ICJ holds more gravity that the role of Judges in a national Court as they will perform both the role of a Judge and of the Jury. During the conference Judges must remain as objective as possible and they must never pre-judge until the final deliberation has taken place.